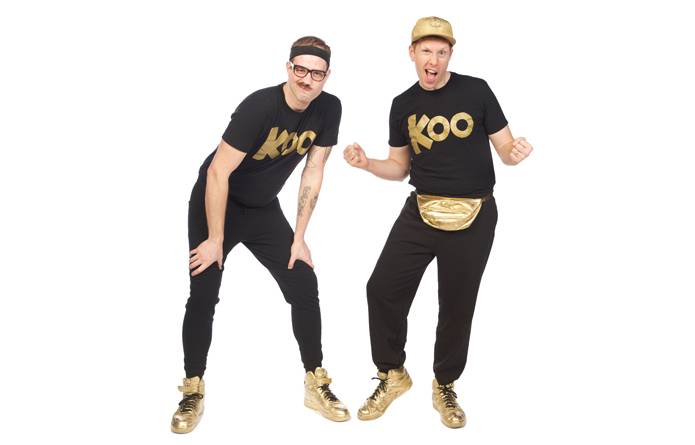 Koo Koo Kanga Roo is the dance-a-long comedy show from Bryan and Neil, two friends who set out to experiment with live music and make it more fun. Armed with nothing more than an iPod, two mics, one giant rainbow and some gold sneakers, Koo Koo Kanga Roo puts on an all-ages dance party that invites everyone to join in. Whether you know them from “brain break” videos in your classroom, the Warped Tour or a late night bar show, you’ve probably gotten sweaty dancing to their jams at some point.

Their latest album “Celebrate This!” is a collection of songs about holidays. With a new track released each month, this album features songs about well-known holiday such as Thanksgiving (“Gobble Gobble Turkey Wobble”) and Father’s Day (“Dad Jokes”) as well as not so well-known holidays like Bubble Wrap Appreciation Day (“Bubble Wrap Rap”) and National Grilled Cheese Day (“Bread/Cheese/Bread”). Whatever your favorite day is, “Celebrate This!” will give you more reasons to party.