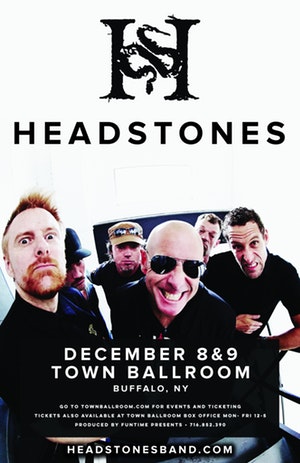 Headstones are a Canadian punk-influenced alternative rock band that began in 1987 in Kingston and were active until 2003, subsequently reforming in 2011. The band consists of vocalist Hugh Dillon, guitarist Trent Carr, bassist Tim White, and drummer Dale Harrison. They frequently sold out at small and mid-sized venues and were known for their high energy live shows, particularly the antics of Dillon, who interacted with his audience in a variety of ways including spitting on them and hurling lit cigarettes into mosh pits. The songwriting tackled many serious and taboo topics, including suicide and even necrophilia. Headstones were one of the most commercially successful Canadian rock bands of the 1990s.